Every state imposes its own penalties on impaired motorists, but first-time offenders can expect to face fines, a license suspension, and jail time regardless of where they live. Additionally, 25 states have provisions regarding the installation of an ignition interlock device following any DUI conviction, including a first offense.

As if these penalties were not severe enough, a drunk driving conviction can also affect your personal life, career trajectory, and financial security. In addition to the fines that the court imposes, for example, the costs associated with getting a DUI conviction might include:

Fortunately, most of the direct costs listed above are one-time expenses, and the indirect costs will likely cease after a few months; however, there is one DUI-related cost that can last for years: a spike in your auto insurance rates. 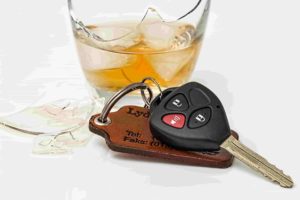 The increase in car insurance rates is often the greatest cost of a DUI or DWI conviction.

How Do Insurance Providers Calculate Premiums?

There are dozens of factors that affect car insurance rates. Each company assigns a different amount of weight to each factor, which is why it is worth shopping around for the most affordable rates. Some of the biggest influencers include:

Because a DUI will inevitably tarnish a driving record, even individuals who are considered low-risk drivers in all other aspects can expect to see a significant increase in their car insurance rates following a conviction. Insurance providers view those who get behind the wheel while impaired to be high-risk drivers, and since high-risk drivers are more likely to end up in a collision, they are more expensive to insure.

How Much Do Insurance Premiums Increase Following a DUI Conviction?

Because there are dozens of factors that ultimately influence how much an individual might pay for coverage, there is no set standard regarding the precise rate increase following a DUI conviction. When it comes to averages, though, a first-time offender can expect to pay roughly 19 percent more for car insurance following a conviction.

In most states, DUI convictions will remain visible to insurance providers for five years, so your rates will level off again after five years have passed. Of course by that point, you will still end up paying more than you were prior to getting a DUI because of inflation.

If you are thinking about forgoing auto insurance entirely following a DUI conviction, think again. All but two states have mandatory coverage requirements. Additionally, 42 states require high-risk motorists to provide their local Department of Motor Vehicles with an SR-22 in order to reinstate their license.

An SR-22 is a document verifying that the motorist has purchased adequate coverage and is retaining an active policy. If the motorist cancels the policy or lets it expire, the insurance provider must issue an SR-26, which details the policy’s cancellation.

Although a spike in premiums is inevitable following a drunk driving incident, affordable car insurance rates for motorists with a DUI conviction are available if you are willing to shop around for the best deal. Additionally, the rate increase will not last forever, so if you maintain a clean driving record otherwise, you can expect your premium to decrease with every passing year following a conviction.